The Lafayette Flying Corps, Volume I

The Lafayette Flying Corps, Volume I
by James Norman Hall 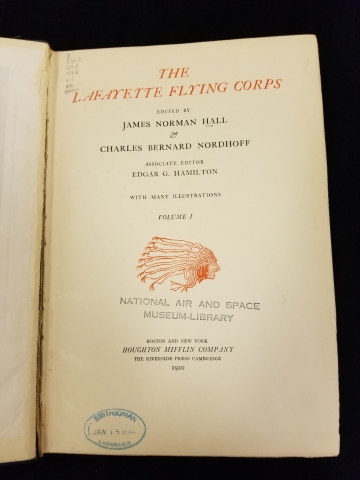 Volume I of this two volume chronicle tells the story of the American volunteer pilots who served in the French Army’s Lafayette Escadrille (or squadron) during the First World War. The volumes include pilot biographies, photos, and several illustrations. It was written by Escadrille volunteer pilots James Norman Hall and Charles Bernard Nordhoff. The two men formed a successful writing partnership after the war that included works such as the well-known novel Mutiny on the Bounty, published in 1932.