The History of the Maroons 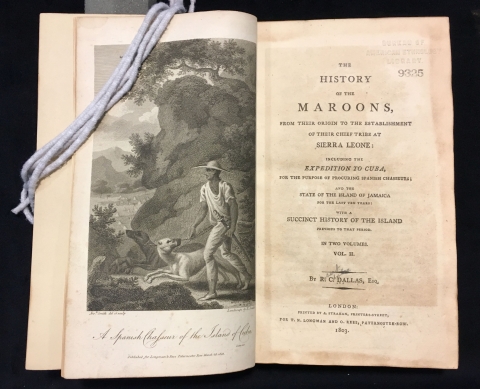 By Robert Charles Dallas. London: Printed by A. Strahan for T.N. Longman and O. Rees, 1803.

Robert Charles Dallas (1754-1824), a British writer, was born in Jamaica and returned there after an education in England and Scotland.  In the West Indies, runaway slaves who formed communities independent from white society (often with American Indians) were called “Maroons.”  Those in Jamaica – about whom Dallas provides a first-hand account of their culture and mode of life – were considered the greatest threat to British colonists due to hostilities in the 1730s and again in the 1790s. As a result, Britain established Freetown in Sierra Leone and transported a number of Jamaican Maroons there to set up their own community.