Watch as author Jon Land sends his congrats for the Smithsonian Libraries’ 50th anniversary and tells us why he loves libraries.

Since his first book was published in 1983, Jon Land has written twenty-eight novels, seventeen of which have appeared on national bestseller lists. He began writing technothrillers before they were popularized by Tom Clancy, and his strong prose, easy characterization, and commitment to technical accuracy have made him a pillar of the genre. 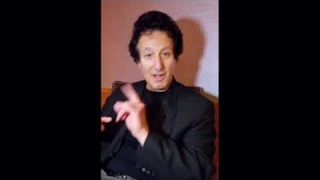